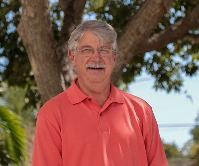 Commissioner Jimmy Weekley was born September 15, 1947 in Key West, Florida. He has been married to Susan Weekley for 36 years and has three Children and seven Grand Children. Weekley graduated from Florida Southern College BS Political Science and now is the owner of Fausto’s Food Palace, LLC.