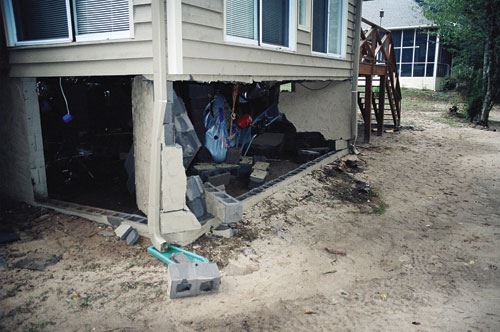 Without properly placed flood vents, the pressure from flood waters can collapse walls of enclosures under buildings either when the water is rising or receding. Flood vents allow the water to pass easily through the walls and equalize the water pressure on both sides of the walls preventing collapse. When flood waters rise to 1.5-feet, the pressure exerted upon walls becomes strong enough to collapse those walls.

In type "A" flood zones, enclosed areas below the flood level may only be utilized for minimal storage, parking and access to upper levels.  Such enclosed areas must have installed an appropriate number of and properly placed flood vents, depending upon the size of the enclosed area. 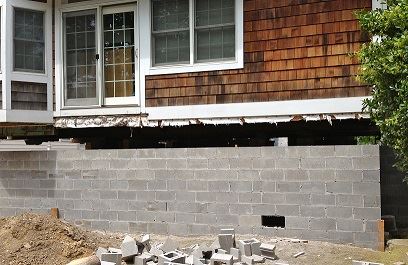 Flood vents can be as simple as holes cut in walls or as elaborate as specially engineered vents that remain closed until flood waters rise then automatically open to allow for the passage of flood waters in and out of the enclosed space.
Flood waters often recede faster than they rose. Standing water trapped inside an enclosure when the flood recedes can cause walls to explode outward.  Flood vents allow water pressure to equalize on both sides of a wall, preventing collapse.

There are manufactured flood vents designed to p 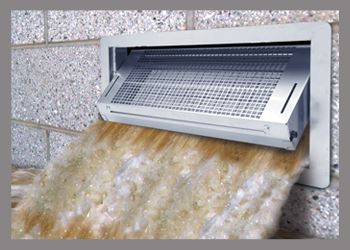 ass a greater volume of water than a standard vent opening. Thus often fewer and smaller vents are necessary.

Some of these engineered vents have covers that remain closed and automatically open as flood waters rise.

Absent a flood, the rotating center remains vertical and locked in placed. The locking pins are attached to flotation blocks that rise with the flood waters. At some point, the pins disengage, and the center panel turns sideways, causing the water to flow and pressure to equalize on both sides of a wall, preventing collapse.

Important Tip: Final inspection on these vents often fail because the retaining clips weren't installed. These clips come in a small package inside the box and are often discarded because installers don't understand their purpose.

Absent these retaining pins, when the vent is turned sideways the center section is released and can be removed.  These small pins prevent the vent from floating away after being opened by rising flood waters.