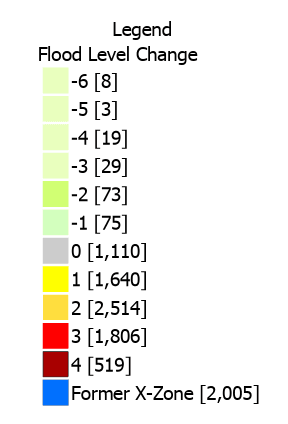 To better show the actual proposed difference in elevations - explained below in more detail - a "New Flood Level Impacts" layer has been added to this map. Each building in the City is color coded to show the number of feet difference between current and proposed flood maps.