The Crosstown Greenway is a designated bicycle route and Neighborhood Greenway from the 2013 Key West Comprehensive Plan and the 2019 Bicycle Pedestrian Master Plan.  It stretches from Reynolds and VonPhister to Duck and South Roosevelt Boulevard, running parallel to Flagler.

A Neighborhood Greenway is a street with low motorized traffic volumes of less than 3,000 vehicles per day.  It speeds up to 20 MPH or less, designated and designed to prioritize bicycle and pedestrian travel.

The City of Key West is implementing a 6-month phased pilot project to improve mobility along the Crosstown Greenway.  As part of the Bicycle Pedestrian Master Plan, early projects suggested using Tactical Urbanism.  This method involves using temporary pilot projects and low-cost features to judge the effectiveness of the design.  The City partnered with the urban planning firm Street Plans, the originator of Tactical Urbanism.

The Community and stakeholders met, and Street Plans and the City created a phased project.  Phase I will be constructed on November 20-22, 2020, and will feature a Bike Box at Reynolds and South Curb Extensions on 5th, Chicanes (Offset curb extensions) on George, Cross Bikes on 3rd, 7th, and 12th. 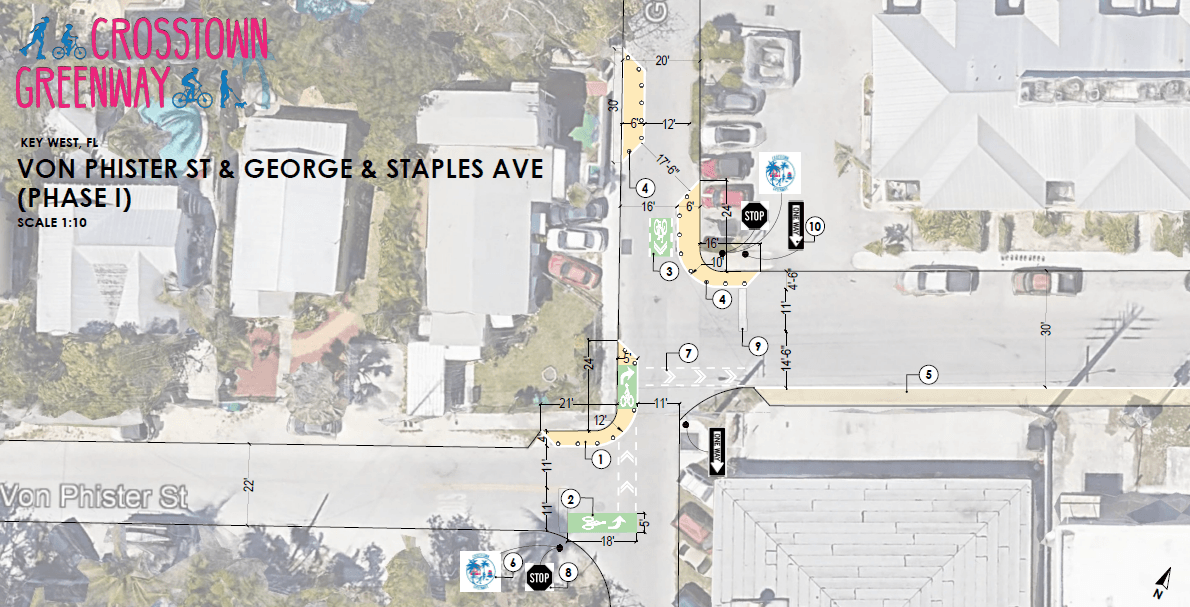 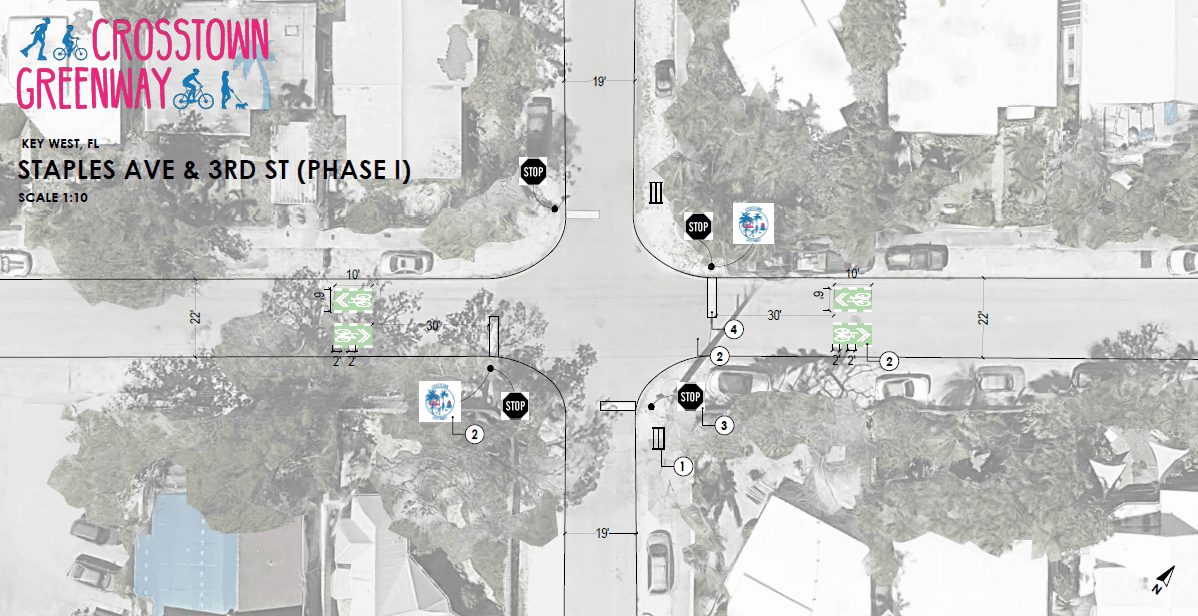 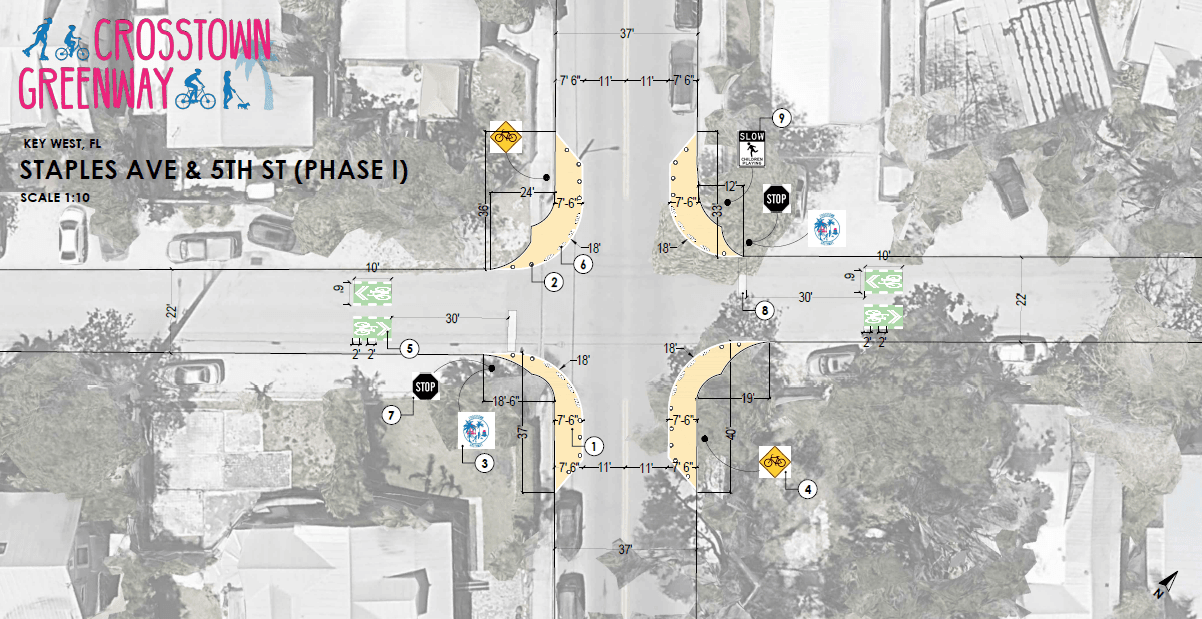 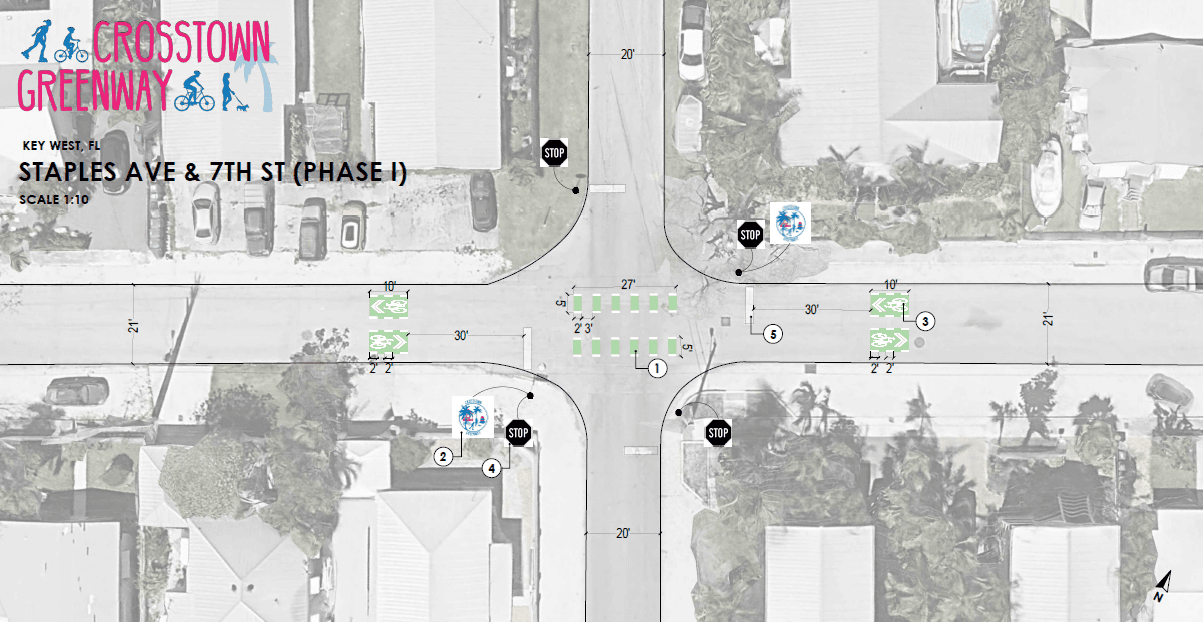 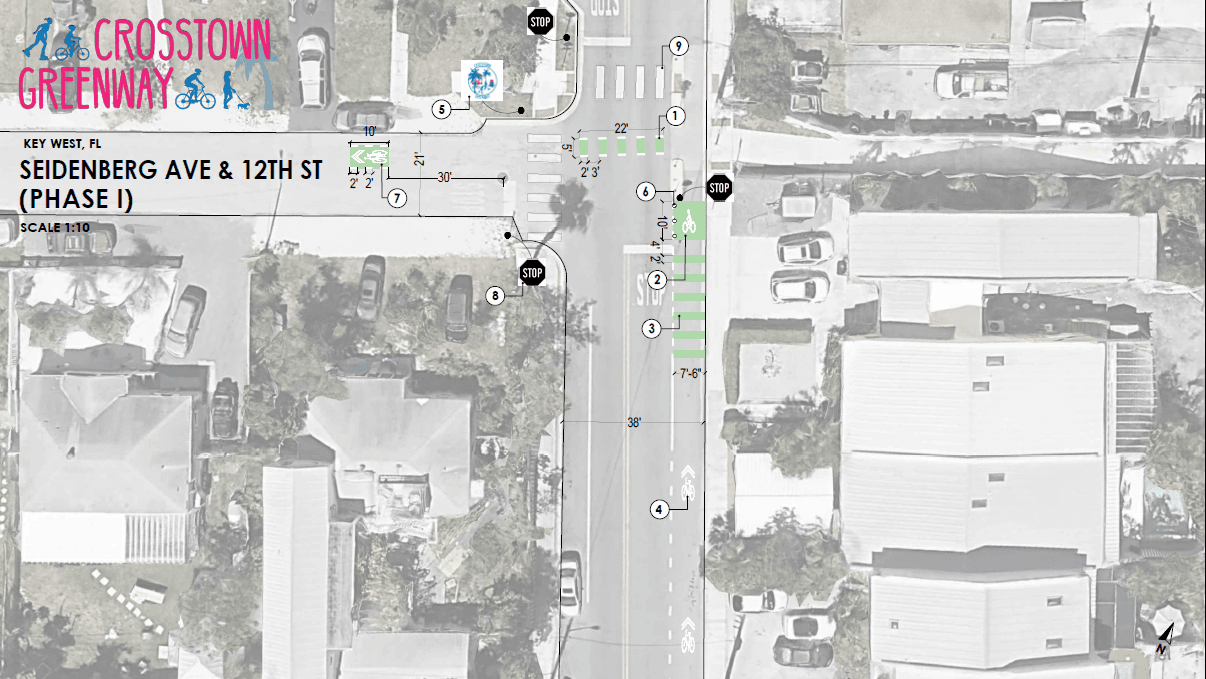 Additional details on each of the design images above may be accessed here.

Volunteers from our Community signed up and were ready to participate in prepping materials, measuring, marking paints, and striping over the weekend of November 20, 2020.

Two roundtable discussions occurred on December 11 and December 12, 2019.  The discussions continued outreach and development for the project and accepted public input about interventions along the Staples Avenue part of the corridor.